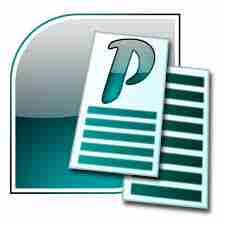 A lot of people ask me whether it is possible to get Microsoft publisher for the Macintosh computer, or whether there is an equivalent piece of software. Unfortunately the answer is no, there has never been a Macintosh version of publisher, and this article tries to explain why, and what the options are.

The gap that Microsoft Publisher fills.

Microsoft Publisher is a very popular piece of software for Windows computers. It fills of a gap on Windows computers because Microsoft Office does not have the capability to do page layout like Apple Pages does.  As you think about more alternatives to Microsoft publisher for a window computer, Adobe PageMaker and InDesign are too expensive and complex for most everyday users.  So when people want to do a simple newsletter, but one that’s too complicated for Microsoft Word, Microsoft Publisher fills the gap nicely.  Microsoft Word documents tend to look pretty bland whereas publisher allows you to spruce them up a bit.

If you are waiting for a version of Microsoft Publisher to appear for Macintosh computer, I would not be holding your breath.

How to open a publisher document on a Macintosh computer.

If you want to access a Microsoft publisher document there are a couple of options.

The first one is to use Libre Office.  Libre Office it is a free piece of software available for OS X. It can open a Microsoft Publisher file.  They haven’t quite nailed it because there are quite often formatting issues ( it’s a bit like trying to open a complex Word document in Pages) but most of the time you can see what’s in the document and grab the parts that you need.

4 replies on “Can you get Microsoft Publisher for an Apple computer?”

Finally used boot camp to set up windows partition on MacBook to pretty much purely run Publisher.
Couldnâ€™t believe I didnâ€™t do it years ago.
Can move between one or the other in under a minute or so.
Itâ€™s more a utility of neither Publisher or Pages being able to be used on the other operating system that has been the issue for us. Our office runs windows, I use Mac.

Thanks Gary – that’s a good solution if you are caught needing to use both.

I’m sorry but I use Pages almost daily, and there is no comparison to what Publisher can do. I run bootcamp like Gary because I can never get documents that consistently look as good as they do on Publisher.

I have similar issues trying to open .pub files on LibreOffice. Supposedly you can simply open those files in that particular office suite, but it won’t populate the graphics. That just makes the whole process senseless without them. Anyone have an idea?