Â Are there any differences?

They have the same hard disk inside but that doesn’t mean that there are no differences at all.

Take a look at the circuit boards in the drive case: 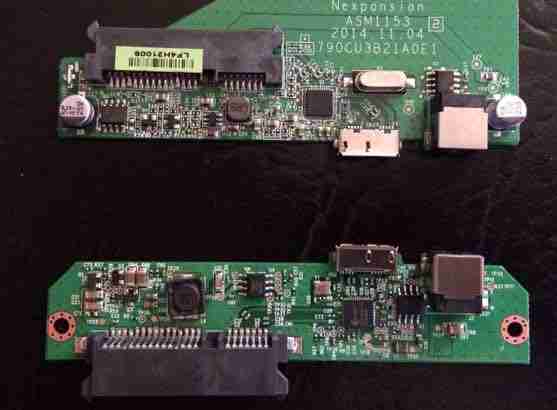 The other differences you can read about on the box, so I won’t bore you with the details! Seagate backup plus is partitioned into two separate partitions, one comes withÂ some backup software called Lyve which you probably don’t need. The Seagate backup also plus comes with a two year subscription to one drive which is an online cloud storage account which you probably don’t need either.

The Seagate Backup Plus and the Seagate expansion are exactly the same hard drive put into a different case.

Go for whichever is the cheapest.

Unless you live in the USA, in which case you may wish to weigh up the 1 year vs 3 year warranty.