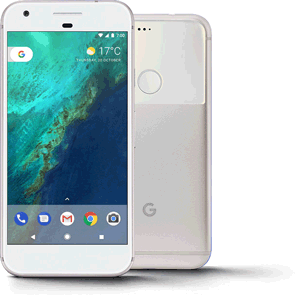 He is an article that I wrote two years ago when I first compared the Google pixel phone with my iPhone.  For some reason it wasn’t published!

It makes the observation that in 2011 Steve Jobs prophesied Google would be the main opposition to Apple and it seems this is now true.

Consistency of User Interface across Apps

Apple have a pretty rigorous process of accepting software into the app store so I thought the Apps on the iPhone would have a more consistent user interface.  But it turned out to be the opposite.  The applications on the Google phone have a more consistent interface and on the whole are easier to use. They all have a drop down help and settings menu with the same icon. And they have consistent buttons at the bottom of the screen across apps. For example look at these three completely different apps. 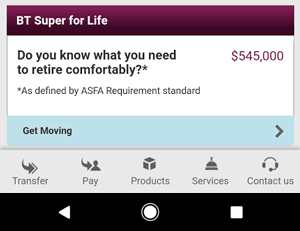 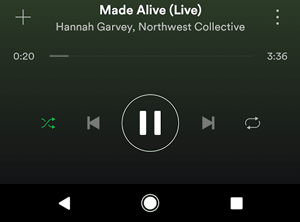 The first app is an Internet speed test app, the second app is a banking app from Westpac, and the third app is a music app but they all have the same 3 buttons along the bottom.  The left button is the back button. The middle button takes you back to the home screen, and the right button allows you to switch between apps. On the iPhone the back button can be anywhere.  on some apps it is in the bottom left, on some apps it is in the top left.

It’s also easier to find good apps on the Google app store because it seems to have a better rating system. Every app has a star rating and more people seem to take the time to write a review than on the Apple store. I would say android has a more involved base of users and so this makes the rating system and reviews on the store more useful.

Apps are familiar across platforms

The third-party iPhone apps and the Android store apps are pretty much identical.  For example with my banking apps,the tile app, the Bible, my guitar tuner, Slack, wunderlist, inbox etc  I would not know which phone I am on. The apps are almost identical to use.  (The only difference is that the Android phone has the 3  buttons along the bottom of the screen and the drop-down settings menu at the top.) The main difference between the Android phone and the iPhone comes in the switching between apps, the turning the phone on and off, the assistant, and the phone itself. The experience within the apps is similar.  The one exception I have found is the high end ‘Allen and Heath’ mixer app which is very buggy on Android compared to the iPhone.

The iPhone is a better phone. If you don’t really want a smart phone and you just want a phone to make phone calls on the iPhone is definitely easier to use as a phone, and has clearer audio on phone calls.  On the Google phone even after three months I sometimes find myself wanting to end a phone call and my phone is not on the phone screen anymore and it’s hard to work out how to get back to the phone screen. On the iPhone there is always  the bar along the top that allows me to return to the call in progress.  So Apple have certainly prioritised the phone app  over other apps and this to me was a useful thing which the pixel phone does not do.  The phone app on the pixel phone is no different to any other app.

The Google home screen is much better than the iPhone. You can add widgets to the phone screen. ( For example I have a widget that always  displays my current phone data usage.) You don’t need to have  every app on a screen.  Every app is available but if you want you can just have one screen of apps displayed. On the iPhone  all your apps appear as icons on the screen and if you don’t want to see them you have to hide them away in subfolders which is quite tedious.

Three decades ago the war was between Microsoft and Apple and Apple won because they controlled the entire user experience, hardware and software.  They mastered the syncing problems. In 1998 it was the iMac – with it’s software suit that could surf the web, make movies and burn DVDs. Then Apple stunned us again in 2001 with the iPod – music syncing from the web to computer to portable device. In 2007 Apple turned the iPod into the gamechanging iPhone. It synced contacts, notes and music seamlessly. We threw out our Palm pilots and Blueberries and the iPhone won the day. These were major milestones and life changing technologies. But it’s now been 10 years, and from Apple it’s been evolution not revolution.  iPhone 2.  iPhone 3.  iPhone 4.  iPhone 5.  iPhone 6.  iPhone 7.

And so now the threat to Apple is not IBM or even Microsoft. It’s Google. Google are good at software. Their foray into the phone market is genius. Google bring their experience in maps, speech recognition, syncing, browser development and search engine experience to the Pixel phone.

The Microsoft Surface Pro is becoming the laptop of choice for professionals in IT circles. And my guess is that Google software will play more nicely with the Microsoft Surface Pro than Apple  software will.   If we diversify to a Google phone, an Apple iMac,  a Microsoft laptop and a Samsung tablet, Google may be the glue that holds it all together.   What software works seamlessly across all those platforms?  Google have already solved the problem!  Google Sheets.   Google Docs,  Google Photos, Google Keep.

Back in 2011 Steve Jobs recognised that Apple’s biggest threat would come from Google.  You may want to check out this very interesting Forbes Magazine article from 2011.

Apple needs to think this one through. I’ve been seduced by the Pixel phone. (Or in my case, the Nexus 5X.)  But it won’t stop there.  I’m already thinking of getting a Google chrome cast because now my major place for purchases is the Google play store, not iTunes. We are no longer tied to a hardware platform because of the software.

And I don’t think this is a bad thing.